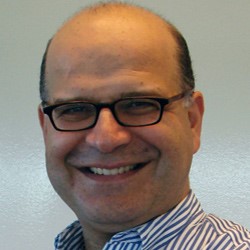 Aggelos K. Katsaggelos received the Diploma degree in electrical and mechanical engineering from the Aristotelian University of Thessaloniki, Greece, in 1979, and the M.S. and Ph.D. degrees in Electrical Engineering from the Georgia Institute of Technology, in 1981 and 1985, respectively.

In 1985, he joined the Department of Electrical and Engineering and Computer Science at Northwestern University, where he is currently a Professor holder of the Joseph Cummings chair in the Electrical and Computer Engineering Department (courtesy Computer Science and Radiology).  He was previously the holder of the Ameritech Chair of Information Technology and the AT&T chair. He is the Deputy Director of the Center for Computational Imaging & Signal Analytics in Medicine and Co-Lead of Augmented Intelligence in Medical Imaging (AIMI) within the Institute for Augmented Intelligence in Medicine at Northwestern University. He is also the co-Director of the Center for Scientific Studies in the Arts (NU-ACCESS) at Northwestern University. He is a member of the Academic Staff, NorthShore University Health System, an affiliated faculty at the Department of Linguistics and he has an appointment with the Argonne National Laboratory.

He has published extensively in the areas of multimedia signal processing and communications, computational imaging, and machine learning (over 350 journal papers, 700 conference papers and 45 book chapters) and he is the holder of 40 international patents. He is the co-author of Rate-Distortion Based Video Compression (Kluwer, 1997), Super-Resolution for Images and Video (Claypool, 2007), Joint Source-Channel Video Transmission (Claypool, 2007), and Machine Learning Refined (Cambridge University Press, 2016, 2020).  He has supervised 70 Ph.D. theses so far.