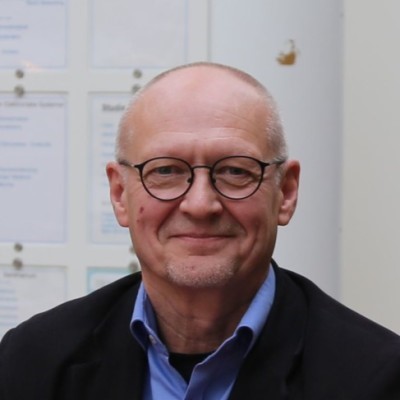 Børge Lindberg (M’94) was born in Denmark, November 1959. In 1983 he received the MSc degree in electrical engineering from Aalborg University (AAU), Denmark. From 1983 he was a research assistant at AAU, from 1986 he was at Jydsk Telefon, R & D Lab, Århus, Denmark and from 1992 he was a research assistant at AAU (from 1993 at the Center for PersonKomunikation (CPK)). In 1995 he was a visiting researcher at the Defence Research Agency, Great Malvern, UK, studying methods for predicting the performance of automatic speech recognition systems.  In 1996 he became Associate Professor at the Department of Electronic Systems, AAU, and from 2006 to 2018 he has been the Head of this department. A large part of his automatic speech recognition research has been done in collaboration with Danish and European companies on the basis of public funding. From 2001 to 2006 he was the chairman of the EU COST Action 278 on Spoken Language Interaction in Telecommunication. His research interests include speech recognition with a focus on robustness and acoustic modeling techniques. Since 2018 he has been an Investment Officer at Innovation Fund Denmark, based in Aalborg and is affiliated with Grand Solutions with a focus on production, materials, digitization and ICT.