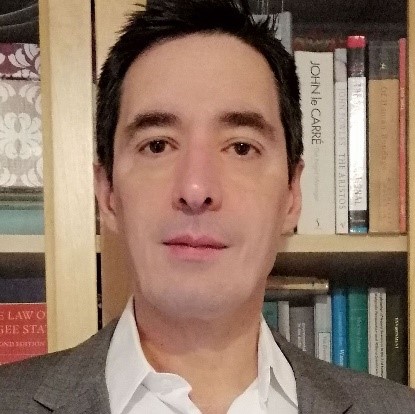 His research interests are in machine learning, data mining, and the analysis of complex graphs with applications in social network analysis, user modeling and precision medicine.

Dr Vogiatzis has served as visiting professor at the University of Cyprus and has collaborated with the National Centre for Scientific Research “Demokritos” in Athens, Greece. He has also participated in National and European research projects and has more than 40 publications in conferences, journals and book chapters.  Also, he has supervised more than 30 Theses at an undergraduate and graduate level. He currently serves as the Coordinator of MSc in Data Science at Deree, and he teaches undergraduate and graduate courses in Machine Learning, Artificial Intelligence, and Informatics.

Recent Work
• Dr. Vogiatzis has been involved in the European H2020 BigMedilytic (https://www.bigmedilytics.eu/). The project aimed to use big data for health analytics while he is coordinating the lung cancer pilot. The focus of the work was on the extraction of patterns from biomedical articles.
• He is currently involved in the European Project ERANET P4-Lucat (https://p4-lucat.eu /), which aims to discover new treatments for lung-cancer based on the analysis of open biomedical article and, in particular, on the discovery of evidence for new treatments.