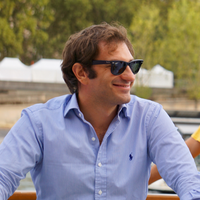 Dr. Dimitrios Milioris is a Member of Technical Staff (MTS) at Bell Labs and Research Affiliate at the Massachusetts Institute of Technology (MIT). He received his Ph.D. from École Polytechnique Paris (2015, honors) while a scholar at Columbia University, New York, USA, as an Alliance Program awardee (2013 – 2014). He received his double M.Sc. degree (2011, first in class, honors) in computer science & applied mathematics from Paris XI University and the École Polytechnique, and his B.Sc. degree (2009, honors) in computer science from the University of Crete, Greece.

Prior to joining Bell Labs, he was a full-time Researcher and Lecturer at MIT (2015-2017). Prior to joining MIT, he served as a research engineer with Bell Labs, the Hipercom Team at the National Institute for Research in Computer Science and Automatic Control (I.N.R.I.A.), Paris, and as a research assistant at the Institute of Computer Science (ICS) of the Foundation for Research and Technology Hellas (FO.R.T.H.).

Dr. Milioris has (co-)authored 27 journal and conference papers, 5 tech reports, holds 9 patents and has authored the monograph “Topic Detection and Classification in Social Networks”, Springer. As a (co-)PI, he has raised approx. $1.4M in funding for Bell Labs and MIT.