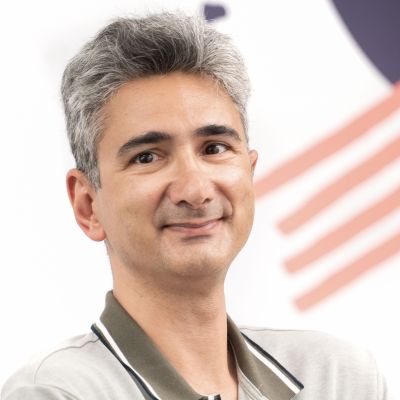 Dr. Aristodemos Pnevmatikakis is a part-time professor of Information Technology at Deree, The American College of Greece. He is also the R&D director of Innovation Sprint. He has 25 years of experience in signal processing and machine learning. His research interest is in intelligent systems that observe, understand and assist. To this extend he analyses signals from diverse sensors. He is co-author of the books Audio-Visual Person Tracking: A Practical Approach and Delta-Sigma Modulators, Modeling, Design and Applications (Imperial College Press, London, UK, Summer 2011 and 2003 respectively). His research has resulted to a series of scientific publications and has been featured on regional and international media and events, while the resulting systems have been successfully evaluated at international evaluation campaigns. He has been involved in numerous EU and national research and industrial projects.