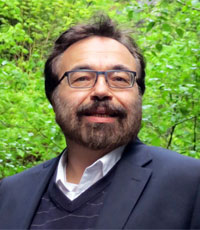 His general interests span the areas of statistical learning and inference, wireless sensors, communications and networking – subjects on which he has published more than 1,250 papers, 25 book chapters, two edited books and two research monographs. Current research focuses on Data Science with applications to the Internet of Things, and power networks with renewables. He is the (co-) inventor of 34 issued patents, and the (co-) recipient of 10 best journal paper awards. He also received the IEEE-SPS Norbert Wiener Society Award (2019); EURASIP’s A. Papoulis Society Award (2020); Technical Achievement Awards from the IEEE-SPS (2000) and from EURASIP (2005); the IEEE ComSoc Education Award (2019); and the IEEE Fourier Technical Field Award (2015). He is a foreign member of the Academia Europaea, the Academy of Athens, Greece, and Fellow of the US National Academy of Inventors, the European Academy of Sciences, IEEE and EURASIP. He has served the IEEE in a number of posts, including that of a Distinguished Lecturer for the IEEE-SPS. For additional details, see https://en.wikipedia.org/wiki/Georgios_B._Giannakis